To the Shores of Tripoli by Jonathan P. Brazee (The first book in the Battles of the Marine Corps series)
Requirements: .MP3 reader, 178 mb
Overview: The First Barbary War (1801-1805), or “America’s first war on terror” as some refer to it, was a pivotal moment in US history. While both the Navy and Marines participated in the quasi-war with France, it was the war with the Barbary pirates that cemented both the Marine Corps and the Navy as the proud organizations that they are today. This was the war that produced heroes such as O’Bannon, Decatur, Preble, Porter, Hull, and Somers.
Genre: – > Historical Fiction 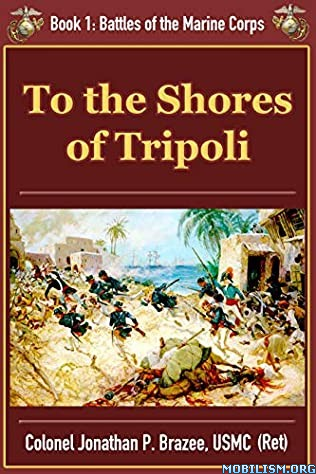 Sniper by Jonathan P. Brazee (The third book in the Al Anbar Chronicles series)
Requirements: .MP3 reader, 265 mb
Overview: After a successful initial tour as a Marine rifleman, Lance Corporal Gracie Medicine Crow volunteers to become a scout-sniper, one of the deadliest – and most dangerous – military specialties in the United Federation Marine Corps. Gracie comes from the Apsaalooke Nation, a people with a long history of military tradition.
Genre: Fiction > Sci-Fi/Fantasy 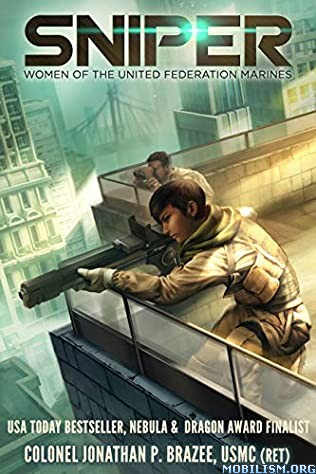 Sergeant by Jonathan P. Brazee (The second book in the United Federation Marine Corps series)
Requirements: .MP3 reader, 236 mb
Overview: Ryck Lysander has proven himself as a Marine, as a warrior. As he is promoted to sergeant, though, his responsibilities expand beyond merely fighting to leading other Marines into battle. When an old ally becomes a new enemy, one well-equipped and trained, Ryck is pushed to his very limits as he tries to keep his Marines alive while fulfilling his mission of defeating the enemy on the field of battle.
Genre: Fiction > Sci-Fi/Fantasy 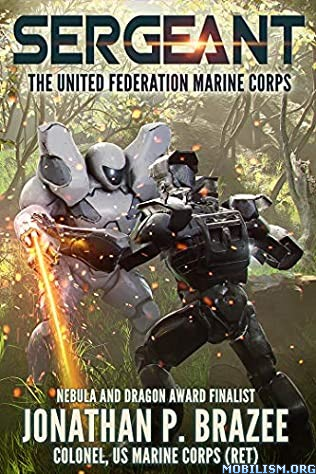 Recruit by Jonathan P. Brazee (The first book in the United Federation Marine Corps series)
Requirements: .MP3 reader, 189 mb
Overview: Desperate to escape a life of poverty on his desolate home planet, Ryck Lysander enlists in the United Federation Marine Corps, hoping to make a better future for himself. However, Ryck soon discovers that the Corps is more than a means of escaping his former life as he is pushed beyond the very limits of his strength and willpower.
Genre: Fiction > Sci-Fi/Fantasy 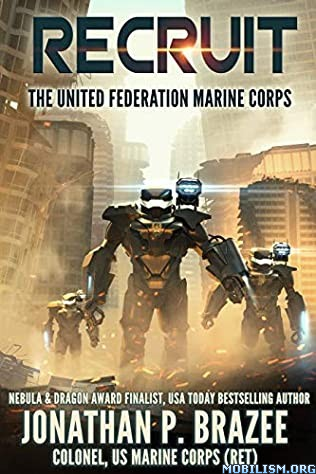 Rebel by Jonathan P. Brazee (Book 3.5 in the United Federation Marine Corps series)
Requirements: .MP3 reader, 235 mb
Overview: Michiko MacCailín is a member of the First Families, more concerned with her privileged lifestyle of ballet, spending time with friends, and planning her wedding than of the injustices suffered by the indentured workers of the all-powerful Propitious Interstellar Fabrication, Inc., the charter holder of the planet. When her activist fiancé is murdered at a protest rally, she blames the company and embarks on a personal mission of vengeance. Michi has some initial, if minor success, but when the company requests that the Federation send in the Marine Corps to quell the unrest, the stakes immediately get higher. Undeterred, Michi is willing to take on the Marines if that is what it takes to achieve her revenge. WARNING: This book contains some graphic violence that may not be suitable for all readers. AUTHOR’S NOTE: Rebel is set in the same universe as the first three books in The United Federation Marine Corps series, and a few of the characters in those three books make brief appearances in this one. However, this is a decidedly different book, examining what it might be like on the other side of a Federation Marine deployment. The battle scenes are limited, and the violence is much more visceral and personal. This is a darker, deeper book and not your typical “Space Marine” story. Rebel will tie into future volumes of the series that will put the focus back on the Marines, but it is a departure from the first three volumes.
Genre: Fiction > Sci-Fi/Fantasy 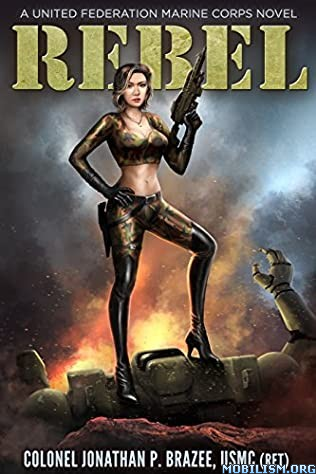 Major by Jonathan P. Brazee (The fifth book in the United Federation Marine Corps series)
Requirements: .MP3 reader, 208 mb
Overview: A marine major is one of the orphan ranks, too senior to command a line company, but too junior to command a battalion. Newly promoted to major, Ryck reports for duty as the assistant naval attache to the Confederation of Free States, the same government whose troops he’d recently fought in the Telchines. Ryck isn’t happy about the assignment, but he buckles down for a long and boring tour of duty. But action seems to follow Ryck, and this is no exception.
Genre: Fiction > Sci-Fi/Fantasy 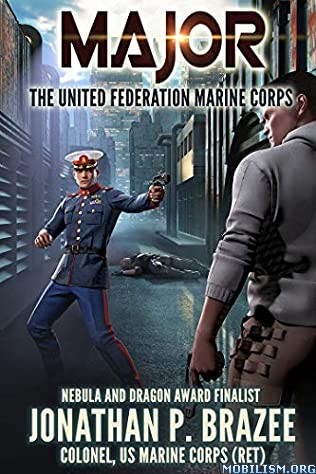 Lieutenant by Jonathan P. Brazee (The third book in the United Federation Marine Corps series)
Requirements: .MP3 reader, 246 mb
Overview: As a certified Federation “hero,” Sergeant Ryck Lysander is offered a commission as a second lieutenant. Only, he doesn’t feel like a hero, and his tendency to jump into a fight himself is at odds with his mission as a junior office. Accepting his commission might have been a big mistake. When contact with an alien species is finally made, that contact is not peaceful, and Ryck is thrust back into combat, combat that does not end well and plunges Ryck into an emotional crisis. Thrown the lifeline of transferring to Marine Reconnaissance, where he is back to being a fighter and not responsible for as many subordinates, this is Ryck’s last chance to determine if he has what it takes to be a leader of Marines.
Genre: Fiction > Sci-Fi/Fantasy 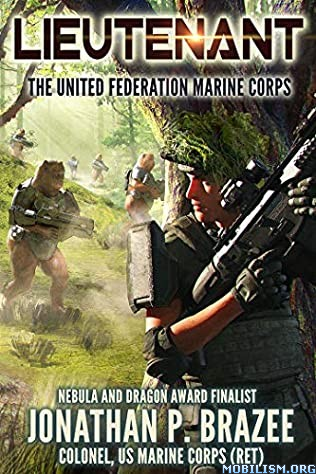 Lies My Teacher Told Me: Everything Your American History Textbook Got Wrong, 2nd Edition by James W. Loewen
Requirements: .MP3 reader, 459 MB
Overview: A new edition of the national best seller and American Book Award winner, with a new preface by the author.Since its first publication, Lies My Teacher Told Me has become one of the most important – and successful – history books of our time. Having sold nearly two million copies, the book also won an American Book Award and the Oliver Cromwell Cox Award for Distinguished Anti-Racist Scholarship and was heralded on the front page of the New York Times.For this new edition, Loewen has added a new preface that shows how inadequate history courses in high school help produce adult Americans who think Donald Trump can solve their problems, and calls out academic historians for abandoning the concept of truth in a misguided effort to be "objective". What started out as a survey of the 12 leading American history textbooks has ended up being what the San Francisco Chronicle calls "an extremely convincing plea for truth in education". In Lies My Teacher Told Me, James W. Loewen brings history alive in all its complexity and ambiguity. Beginning with pre-Columbian history and ranging over characters and events as diverse as Reconstruction, Helen Keller, the first Thanksgiving, the My Lai massacre, 9/11, and the Iraq War, Loewen offers an eye-opening critique of existing textbooks, and a wonderful retelling of American history as it should – and could – be taught to American students.
Genre: Audiobooks > Non-Fiction 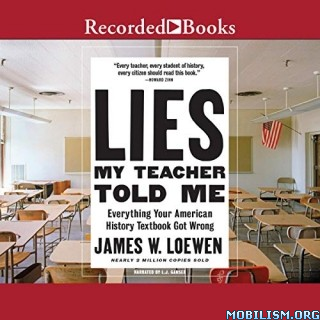 Lieutenant Colonel by Jonathan P. Brazee (The sixth book in the United Federation Marine Corps series)
Requirements: .M4A/.M4B reader, 199 mb
Overview: As a lieutenant colonel, Ryck is given command of the Second Battalion, Third Marines, the Fuzos. Along with one other battalion, 2/3 is designated as a new assault battalion, with its own armor, artillery, and air assets. With the Marine Corps anxious to certify the resurfaced concept of integrated operations units, the battalion is thrown right into the fire. With his new command, Ryck has the opportunity to prove his ability to be a true combat leader and not just as a warrior. But with that opportunity come the risk that he cannot handle the manager aspect of command: the logistics, training, maintenance, admin, and support aspects that allow every unit to maximize its combat potential. As a sergeant and junior office, Ryck has ordered men to their death before, but with a battalion, he has to make even harder decisions with even greater reach, decisions that will mean life and death to those affected. A proven fighting Marine, Ryck still has to master every requirement of command – the tactical and the support – if he is going to keep his career alive in the Corps.
Genre: Fiction > Sci-Fi/Fantasy 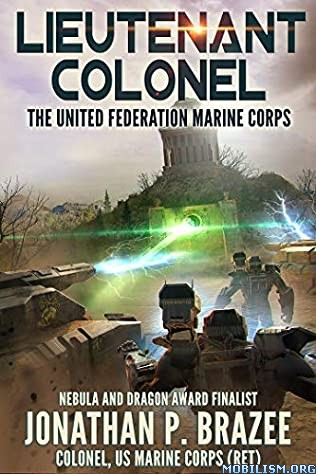 Commandant by Jonathan P. Brazee (The eighth book in the United Federation Marine Corps series)
Requirements: .M4A/.M4B reader, 241 mb
Overview: Major General Lysander has spent 38 years of his life dedicated to the Corps and sworn to perform the duties assigned to him by the Federation. In the process, he has become the most decorated Marine in its history.

During his career, he has been given some missions that he privately questions, but as the ancient Tennyson quote goes, “Theirs not to reason why, theirs but to do and die.” He has sworn an oath to obey, and he always upholds that oath to the best of his abilities.
Genre: Fiction > Sci-Fi/Fantasy 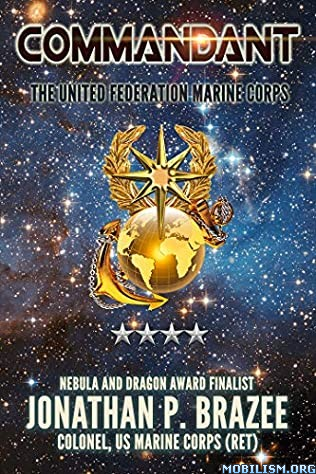