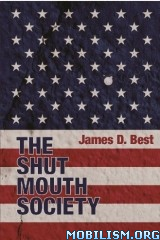 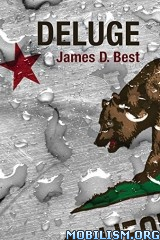 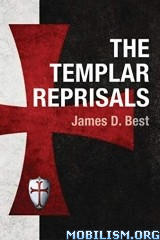 1. The Shut Mouth Society
When a rich Santa Barbara collector acquires a newly discovered Abraham Lincoln document, he asks detective Greg Evarts and UCLA professor Patricia Baldwin to authenticate it. Their research launches them into a dangerous struggle with a secret society formed during Reconstruction. Before they can solve the mystery surrounding the Lincoln manuscript, a shocking murder forces them to run for their lives. As they race across the country, they discover a Civil War secret that could upset the balance of power in North America. Now Evarts and Baldwin must unravel the 150-year-old conspiracy before it’s too late … and before they are silenced for good.

2. Deluge
Storms, politics, and gangs pummel California but that isn’t the scary part. Extreme weather brings death and destruction, but people who panic or exploit a tragedy make natural disasters appear tranquil. Deluge is a disaster story with a basis in actual history. In 1862, a sixty-five-day downpour pummeled the western United States. California suffered the brunt of the storm. Almost a third of the state was under water, roads were impassible, telegraph lines down, rivers overflowed, hundreds of people died, and hundreds of thousands of animals drowned. Sacramento remained under water for six months, forcing the state government to move to San Francisco. Geological evidence shows that a flood of this magnitude hits the western United States every one to two hundred years. What’s happened before can happen again. You can drink water, bathe in it, sprinkle it on a garden, freeze it to chill a drink or a sore back, swim in it, or laze on the surface in a boat or on a floater. Water is an essential element of life, useful and often great fun. But water can also kill. No one who has been hit by a huge ocean wave disrespects moving water. You can’t fight it. You can’t beat it. You can only get out of the way or let it throw you around like a rag doll in a Rottweiler’s grip.

3. The Templar Reprisals
To escape a deadly attack in Paris, a small-town police chief and his wife end up killing two terrorists. This fateful clash draws them into a centuries-old feud between two secret societies. Returning to America, they discover the incident has followed them home. To survive, they must figure out who has endangered their lives and hometown.