Becoming Leonardo: An Exploded View of the Life of Leonardo da Vinci by Mike Lankford
Requirements: .ePUB reader, 52 MB
Overview: Why did Leonardo Da Vinci leave so many of his major works uncompleted? Why did this resolute pacifist build war machines for the notorious Borgias? Why did he carry the Mona Lisa with him everywhere he went for decades, yet never quite finish it? Why did he write backwards, and was he really at war with Michelangelo? And was he gay? In a book unlike anything ever written about the Renaissance genius, Mike Lankford explodes every cliché about Da Vinci and then reconstructs him based on a rich trove of available evidence—bringing to life for the modern reader the man who has been studied by scholars for centuries, yet has remained as mysterious as ever.
Genre: Non-Fiction > Biographies & Memoirs 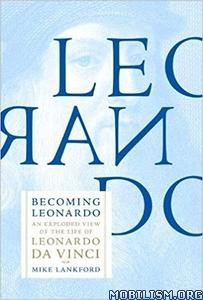