Author Chose Not to Use Archive Warnings by DC Bastien (Messenger Archive #1)
Requirements: Epub reader, 278 Kb
Overview: This is a book…
about a fanfiction…
about a television show
…that doesn’t exist.
In the future mankind is one of several sentient species. The humanoid Hleen, with their ritualistic barter system. The reptilian Roq, peace-loving and once subjugated. The ‘fluffy’ Sianar, war-like and impressive. All species use the benevolent Space Whales for transport. Local laws are plenty, but to co-exist, the Ur Law is considered the standard to adhere to.
Captain Vadim ekes out a living with his crew of friends, made more complicated when a new addition threatens the stability of his group. When an attempt is made on Kre-Nappre’s life, though, it’s obvious she’s not just the simple scientific acolyte she’s pretended to be all along.
That’s where the show ends its first season, and that’s where the two fanfiction authors – Ashroe and Sianor – pick up. They start to write their own virtual ‘season two’ as they wait for the show to resume; discussing the complex world of fandom, show canon, ship wars, and that perilous uber-villain: real life.
Fandom means never having to say ‘hiatus’.
Genre: Science Fiction 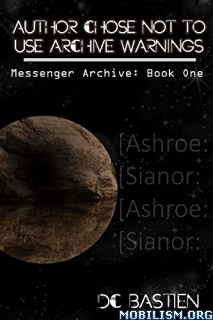