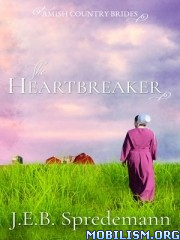 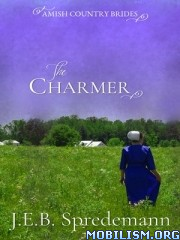 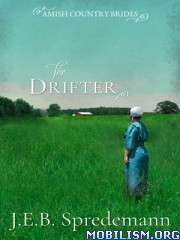 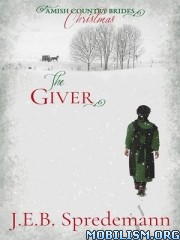 #2 – The Heartbreaker
To Miriam Yoder, Michael Eicher is everything she doesn’t want. Prideful, cocky, arrogant. A defector of the Amish life. Why would a good Amish woman like Miriam even consider being his friend again? Especially after what he’d put her through—professing his affection then skipping town. She didn’t have the heart to go through that again. It was easier to keep her heart sealed up and hidden away, than to chance vulnerability. And she’d be fool to ever trust Michael again.

Michael has lived most of his youth as an irresponsible worldly young man. But when he’s forced to return home, his eyes are opened to the community he’s neglected. He’s only genuinely cared for one woman, Miriam Yoder. Will he be able to convince Miri to give him a second chance? Can this self-centered man who’d only lived for himself find something—or Someone—greater to live for?A faith-filled story of second chances and learning what true love is, that’s sure to pull on your heartstrings.

#3 – The Charmer
When mysterious Jenny Christner unintentionally catapults herself into Paul Miller’s life, he knows it isn’t just a coincidence. Paul isn’t looking for love, even though many of his friends have found their life mates. So why is he so drawn to this stranger?

Jenny promised herself she’d never fall for another Amish man again, but she wasn’t counting on crossing paths with charming Paul Miller. Not only is Paul more handsome than any man she’s ever met, he’s thoughtful and kind. And nothing like Atlee Bontrager. It would be easy to fall in love with a man like Paul. But if she stays in Paul’s community, she’ll be putting him and his family in danger—something she isn’t willing to do. Worse yet, getting close to Paul will force her to reveal her secret—a secret that would jeopardize their chances at love.Will Paul be able to convince Jenny she can trust him with her secret? Or will learning about her past be the undoing of their fragile friendship?

#4 – The Drifter
Josiah Beachy is a dead man. At least, that’s what most of the people in his former Amish community have believed for the last eighteen years. He has made a lot of mistakes in his life, but his number one regret is leaving his young daughter behind. After he receives a letter from Indiana, he decides it’s time to begin righting some of the wrongs in his life, including reconciling with his daughter. But will she ever forgive him for abandoning her?

Widow Elnora Schwartz has no intentions of remarrying after losing the love of her life. But when Josiah Beachy sweeps into town with a buggy-load of regret, her heart goes out to him. Would it be wise to trust her heart to a man who has lived most of his life as defector of the Amish life she cherishes?Can faith…and love…bond them together?

#5 – The Giver
Will Bailey and Timothy discover a love worth waiting for this Christmas?

Returning home for the holidays is bittersweet for Bailey Miller. While she loves her mother and stepvatter’s family and wants to spend time with them, she knows she’ll inevitably run into Timothy Stoltzfoos—the man who betrayed her and broke her heart. Although Timothy’s available now, she’s not interested. At least, that’s what she tells her traitorous heart. She’s promised to Mark Petersheim—a man she doesn’t love nearly as much as she once loved Timothy. But he’s a nice man and will make a good husband.

Timothy Stoltzfoos messed up big time when he chose MaryAnn Kinsinger over Bailey Miller. It has been four years since he heard she’d left their Amish community for the Englisch world to live with her vatter in New Jersey. But now she’s back and she’s Amish again—and engaged to be married to an Amish man in a nearby district. Timothy would give just about anything to have her back in his life—she never left his heart. He knows Bailey isn’t keen on giving him a second chance, but Christmas is a time for miracles, isn’t it?