America’s Long Struggle Against Slavery by Richard Bell
Requirements: .MP3 reader, 544.3 MB
Overview: What do you really know about the fight against slavery in America? We’re all familiar with the Underground Railroad and the Emancipation Proclamation, but the fight against slavery was not some sudden movement that sprang up in the middle of the 19th century. Resistance from the enslaved started on the western coast of Africa in the 15th century and continued as the institution of slavery was codified in America, culminating with the War between the States.

This 300-year struggle has too often been glossed over by history books enamored with American ingenuity, Manifest Destiny, and tales of Revolutionary freedom. But to understand America – to fully understand our country today – one must examine the whole history of struggle, oppression, and resistance, not only by famous figures like Abraham Lincoln and Harriet Tubman, but also by an enormous and often unfamiliar cast of characters.
Genre: Audiobooks > Non-Fiction 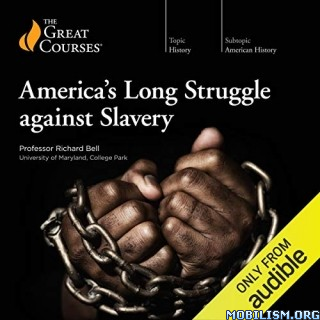