Agent Nora Wexler Mysteries series by Jason Letts (#1-3)
Requirements: .ePUB Reader, 939 KB
Overview: Aside from battling it out on the keyboard, Jason Letts is an endurance athlete and World’s Toughest Mudder competitor, and he has the scars to prove it. He enjoys running forest trails, cycling winding back-country roads, and exploring rivers and lakes in a kayak. He reads mostly fantasy and sci-fi and has all his life, not because it’s trendy or violent, but because good speculative fiction always speaks to something essential about the human condition.
Genre: Fiction > Mystery/Thriller 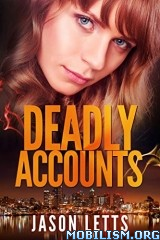 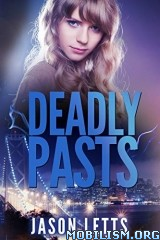 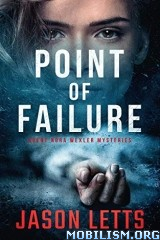 1. Deadly Accounts
Introducing Nora Wexler, the FBI’s newest agent and the one best suited to track down a high-tech serial killer.

Spurred by the incessant threats of violence against women happening online, Nora Wexler joins the FBI on a mission to put them to an end, but she quickly discovers that being an agent comes with challenges that don’t always fit into her plan. An attractive Iraq War vet and fellow agent named Travis Greer helps show her the ropes until he leaves for vacation, which happens to give him a front-row seat to the schemes of a twisted serial killer using anonymous Internet accounts to play smoke and mirrors with his victims.

Suddenly Nora is whisked to Seattle to join Greer and face off against a mysterious nemesis terrorizing a group of female business owners. It’s sink or swim for Nora, whose reputation within the FBI will be on the line as she strains her faculties to save them.

2. Deadly Pasts
After a victorious return from Seattle, Nora Wexler discovers that she’s caught up in a catastrophic data breach at the FBI, leaving her without a job or a way to clear her name. While her new flame Travis Greer takes up the cause to set things right, Nora seizes the opportunity to visit some old college friends at Berkeley, CA.

A bitter memory from college quickly comes to the surface, the unsolved murder of their friend Maria after a night out on the town. No witnesses, no motive, just a faint memory of a handsome young man she left the bar with. Nora decides to use her free time to try to solve her lost friend’s case, but free time becomes scarce when Nora’s friend’s sister Lauren, a freshmen at Berkeley, experiences a terrible tragedy at a fraternity house.

3. Point of Failure
Nora Wexler is back to finish the job of exposing a deadly conspiracy inside the FBI.

On the run and in danger, Nora endeavors to bring down a merciless and corrupt agent who’s risen to the upper echelons of the FBI. But if he’s got all of the tools of the FBI at his disposal, how could she get the hard evidence she needs to bring his deadly secrets to light?