After The Reign series by K. Renee (Books 1-2)
Requirements: ePUB Reader, 529 KB
Overview: Connect with me! Author K. Renee resides in the state of Delaware, and has been an avid reader of urban literature for many years. Becoming a published author, and writing Urban Novels has been a longtime goal. She decided to take a chance, and show her work for the world to see. She hopes that her writing, will bring laughter, and joy to all of her readers.
Genre: Fiction » Romance 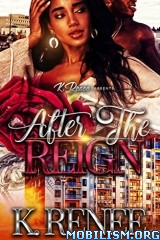 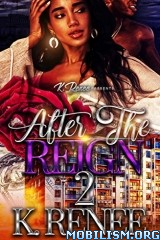 After The Reign 1
Paths can cross at the best or the worst moments of someone’s life. One can only hope that a person’s entrance into their life is for reasons that aren’t disingenuous.
When Reign’s life began taking a turn for the worst, she found herself at rock bottom, with no clear view of light at the end of the tunnel. A terrible mistake on Reign’s part caused even more mayhem to fall down on her already hopeless situation. With only wanting the life she deserved and her daughter back in her arms, Reign finds herself fighting to climb out of a whole that seemed to only get deeper the harder she climbed.
Cree was about his business, stacking his paper, and taking care of his wife, Chanel. Ruling the Philadelphia drug game, Cree’s worries weren’t on the small things. He’s a boss… the one calling all of the shots. However, outside of the game, there were things Cree had no control over, leaving him feeling helpless. Cree tries not to become reckless, but emotions are high, and mistakes are made, leaving him in a dark place.

After The Reign 2
Cree thought mourning his wife would be the only thing he would have to deal with, but snakes in the grass has other plans for him. With Everything coming at him all at once, he begins to lose sight of what’s right in front of him… Reign.
Reign seems to be the one person that can pull Cree towards the light at the end of the tunnel, however, with all that he’s gone through, he shields his heart, and risk losing what’s most important. After surviving trauma, and being thrusted back into his world, Reign is unwilling to accept anything but one hundred percent from Cree. Reign has raised up from the fire too many times to count, and this go round she’s putting herself and her children first
Drama just can’t seem to let Justice and Kiera be. As soon as the path to happiness appears to be clear, a roadblock finds its way into their lives. Both strong willed and stubborn to their core, Justice and Kiera find themselves in a battle of the wills. While Kira loves Justice, she is unwilling to take any disrespect. And Justice just wants Kiera to relax and trust him.