A Woman, a Man, a Nation: Mariquita Sánchez, Juan Manuel de Rosas, and the Beginnings of Argentina by Jeffrey M. Shumway (Diálogos Series)
Requirements: .PDF reader, 13 mb
Overview: In 1837 Mariquita Sánchez de Mendeville was so fed up with governor Juan Manuel de Rosas that she chose to leave her beloved city of Buenos Aires. Leaving was especially hard because Mariquita felt that she had played an influential role in transforming Buenos Aires from a Spanish colonial outpost into a brilliant capital in a world of republics. Juan Manuel de Rosas’s version of order alienated Mariquita, who chose self-imposed exile in Montevideo over living under Rosas’s stifling rule. The struggle went on for nearly two decades until Mariquita finally came home for good in 1852 while Rosas went into exile.

Mariquita’s and Juan Manuel’s lives corresponded with the major events and processes that shaped the turbulent beginnings of the Argentine nation, many of which also shaped Latin America and the Atlantic World during the Age of Revolution (1750-1850). Their lives provide an overarching narrative for Argentine history that both scholars and students will find intriguing.
Genre: Non-Fiction > History 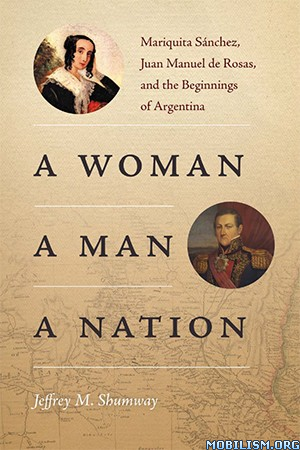