A Holiday Crush (2017 Advent Calendar – Stocking Stuffers) by CJane Elliott
Requirements: ePUB Reader, 200 KB
Overview: San Francisco lawyer Brad Halberstam is in a rut. At forty-one, he’s successful but alone. Even his holidays are predictable—he spends every Christmas golfing in Napa with his ex-boyfriend. Then attractive but oh-so-young filmmaker Michael Blair invites him out. Brad joins Michael and his housemates in their holiday celebrations and learns that life can be joyful. He hesitates to saddle Michael with a much-older boyfriend but as their attraction ignites, Brad’s tempted to let Michael sweep him into a bright new future.

Michael lives in a group house in Berkeley. He loves making life into a celebration, especially during the holidays. Michael longs for a partner, and he hopes serious but sweet Brad Halberstam is the one. Michael’s infatuation grows over caroling and cookies, but his housemate reminds him that Michael always latches on to someone during the holidays, so he won’t be alone. After a misunderstanding, Michael loses heart, no longer sure if his relationship with Brad is real or just another Christmas crush. 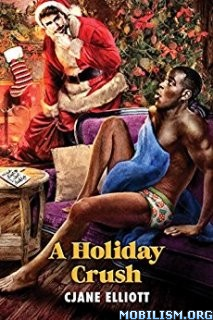