A Cold Winter With A Hot Boy series by S. Yvonne (Books 1-2)
Requirements: ePUB Reader, 532 KB
Overview: .Yvonne Woon grew up in Massachusetts. She is the author of If You, Then Me, forthcoming from Katherine Tegen Books on 7/6/21, and the Dead Beautiful series (Hyperion). She has an MFA in fiction from Columbia University, which she mostly uses to concoct plots. She lives in Atlanta, GA.
Genre: Fiction » Romance 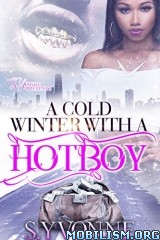 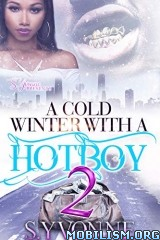 A Cold Winter With A Hot Boy 1
Armani ‘Mani’ Sincere is feisty, seductive, and quick witted. For seventeen years of life she had not a care in the world because money was more than just green paper, it was a lifestyle, one in which her father dripped upon her while hiding the truths of his notorious yet dangerous life. In the blink of an eye, Armani’s entire life flips from what she’s known, to the gritty dark world opening her eyes to just how dangerous life can be. When she’s ripped away from the most important man in her life, she’s willing to do anything to be reunited with him again, even if it meant she had to reserve her soul by living in an outer body experience mindset to get the job done.
Tray Harris, the fine, chocolate, blue eyed demon known to the streets as ‘Snow’ was raised into a world of guns, sex, and murder. A real hot boy in the streets, and one of the youngest bosses to do it; people respected him because he ran a smooth operation and made sure everybody was straight. With the craziness going on in his world, he didn’t have time to fall in love. If it didn’t make money it didn’t make sense. Snow always knew what he wanted; that’s until he lays eyes on the most beautiful girl he’d ever seen before. Only problem is she was under contract with the most dangerous man he’d ever known… his father.

A Cold Winter With A Hot Boy 2
The stakes are at an all time high as the war between Scar and Snow intensifies. Snow unwilling to backdown demands his respect and would go to any measures to prove that he’s a man of his word because his word was all he had. While Scar is having fun playing this little game of cat and mouse he soon learns just how real things can get when you play with Snow’s money and when you play with his heart.
Mani is trying her best to adjust to this new life she’s been sucked into, but whatever it takes for her to stay alive, she’s willing to do especially if it’s going to get her reunited with her father. With people around her aiming to hurt her, she clings on to Snow realizing that he’s the only other person besides her father who truly had her back and put his own life on the line to do so.
In this finale, the tension grows, and the plot thickens, but in this cold world sometimes everyone can’t go with you and in this installment not everyone will make it to see the next winter. One thing that is proven is love always wins.