5 Novels by Victor Gischler
Requirements: .ePUB/.Mobi Reader, 510 KB
Overview: Victor Gischler is an American author of humorous crime fiction.
Gischler’s debut novel Gun Monkeys was nominated for the Edgar Award, and his novel Shotgun Opera was an Anthony Award finalist. His work has been translated into Italian, French, Spanish and Japanese. He earned a Ph.D. in English at the University of Southern Mississippi. His fifth novel Go-Go Girls of the Apocalypse was published in 2008 by the Touchstone/Fireside imprint of Simon & Schuster.
Genre Thriller, Crime 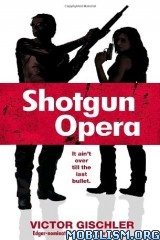 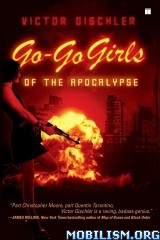 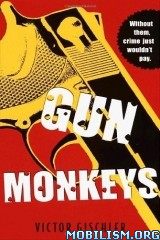 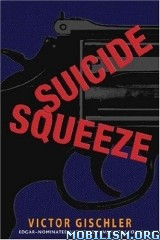 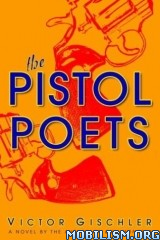 Shotgun Opera – Mike Foley can never forget the night he tagged along with his brother on a job for the mob that ended in a hail of bullets. Now his brother is dead, Mike’s making wine in Oklahoma, and life is almost as good as it gets when you’ve been hiding out for forty years. Until his past comes calling.

Mike’s nephew Andrew needs to disappear, and he needs to do it yesterday. Hanging with the wrong kind of friends, he’s seen something he shouldn’t have, and now he’s running for his life with an assassin on his trail. The consummate professional hit woman, Nikki Enders is the most lethal of a deadly sisterhood. And Andrew Foley is next on her extermination list. Unless Uncle Mike can stop her. As kill teams descend on Foley’s farm, one pissed-off ex—tough guy is about to take a final, all-or-nothing stand with shotguns blazing….

Go-Go Girls of the Apocalypse – Mortimer Tate was a recently divorced insurance salesman when he holed up in a cave on top of a mountain in Tennessee and rode out the end of the world. Go-Go Girls of the Apocalypse begins nine years later, when he emerges into a bizarre landscape filled with hollow reminders of an America that no longer exists. The highways are lined with abandoned automobiles; electricity is generated by indentured servants pedaling stationary bicycles. What little civilization remains revolves around Joey Armageddon’s Sassy A-Go-Go strip clubs, where the beer is cold, the lap dancers are hot, and the bouncers are armed with M16s.

Gun Monkeys – Charlie Swift just pumped three .38-caliber bullets into a dead polar bear in his taxidermist girlfriend’s garage. But he’s a gun monkey, and no one can blame him for having an itchy trigger finger. Ever since he drove down the Florida Turnpike with a headless body in the trunk of a Chrysler, then took down four cops, Charlie’s been running hard through the sprawling sleaze of central Florida. And to make matters worse, he’s holding on to some crooked paperwork that a lot of people would like to take off his hands. Now, with his boss disappeared and his friends dropping like flies, Charlie has got his work cut out just to survive. If he wants to keep the money and get the girl too, he’s really going to have to go ape…

Suicide Squeeze – The high spot of Teddy Folger’s life was the day in 1954 that he got an autographed baseball card from Joe DiMaggio himself. It’s been downhill ever since. Which is why he just unloaded his freeloading wife and torched his own comic-book store–in one of the stupidest insurance scams in history. Enter Conner Samson. The down-on-his-luck repo man has just been hired to repossess Teddy’s boat. Little does he know there’s a baseball card on board that some men are willing to kill for. Thus begins a rip-roaring cross-country odyssey–and with bodies piling up, the squeeze is on for the penultimate piece of Americana. And Conner will be lucky if he ends up back where he started: broke and (still) breathing.

The Pistol Poets – An unlucky grad student just got himself killed in a robbery gone bad. And as lowly drug lieutenant Harold Jenks races with the killer out of the alley, a light goes off in his head: He’ll steal the dead kid’s identity. Now Jenks, who once lorded it over seven square blocks in East St. Louis, is headed due west. With a .32 in his pocket, a 9mm Glock taped across his back, and a rap sheet nearly as long as Finnegans Wake, he’s cruising the halls of academia as Eastern Oklahoma U’s newest grad student, looking for action and hoping he can stay one couplet ahead of his violent past.

While this new bad boy on campus makes mincemeat of his metaphors, across campus visiting professor Jay Morgan has a more pressing problem: What to do about the dead coed in his bed. The professor’s no killer, but try telling that to private eye Deke Stubbs. With the professor on the lam and Stubbs hot on his trail, more trouble blows into town. Now, as St. Louis drug boss Red Zach and his minions converge on Fumbee, Oklahoma, looking for a consignment of missing cocaine, the bullets start flying faster than the zingers at a faculty hate fest. For Morgan and Jenks, now desperate fugitives from poetic justice, survival means learning new skills—and learning fast. Because if they find out they’re bottom-of-the-class, that means they’re already dead.

Featuring the sleaziest, sorriest, and most captivating group of criminal lowlifes, sexed-up academics, poets, and rappers ever to collide in one crime novel, The Pistol Poets speeds deliriously to its electrifying payoff.