4 Books by Fiona McIntosh
Requirements: ePUB Reader | 11.7 MB + 3.2 MB | Version: Retail
Overview: Fiona McIntosh is a fantasy author who lives in Australia. She was born in Brighton and between the ages of three and eight, travelled a lot to Africa due to her father’s work. At the age of nineteen she travelled first to Paris and later to Australia, where she has lived ever since.
Genre: Historical Romance 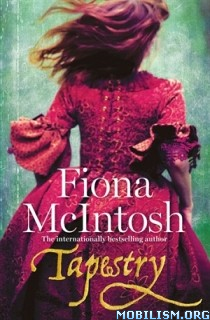 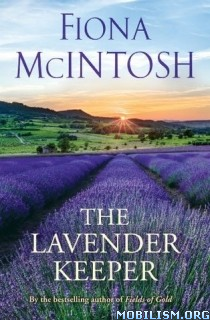 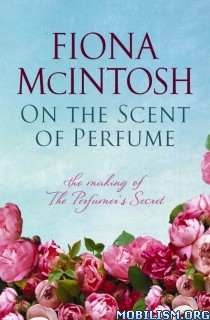 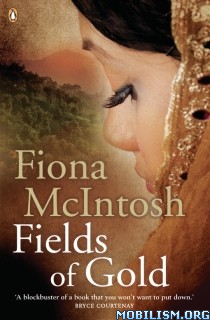 Tapestry
The key to her future is trapped in the past. In 1978, Jane Maxwell is celebrating her engagement to Will, a handsome American geophysicist, but though she should be deliriously happy, she is plagued by doubts. When tragedy leaves Will hanging between life and death, Jane’s guilt makes her determined to save him … somehow. In 1715, the Earl of Nithsdale joins the doomed Jacobite rebellion for Scottish independence. But the cause is lost and the Earl is sentenced to be beheaded. On a desperate and dangerous quest to find some answers, Jane finds herself swept away and trapped in the past. Convinced that saving Nithsdale will also save Will, Jane embarks on a daring and audacious plot to rescue the Earl from the Tower of London. Past and present become entwined in a gripping race against time – and both will be changed by one woman’s determination … Bestselling author Fiona McIntosh brings her inimitable storytelling skills to this thrilling time-slip adventure packed with action, romance and one of history’s most daring escapes.

The Lavender Keeper
‘Are you German or are you French? Are you working against Germany or for it? Are you telling me the truth, or are you a very accomplished liar?’ Lavender farmer Luc Bonet is raised by a wealthy Jewish family in the foothills of the French Alps. When the Second World War breaks out he joins the French Resistance, leaving behind his family’s fortune, their home overrun by soldiers, their lavender fields in disarray. Lisette Forestier is on a mission of her own: to work her way into the heart of a senior German officer – and to bring down the Reich in any way she can. What Luc and Lisette hadn’t counted on was meeting each other. When they come together at the height of the Paris occupation, German traitors are plotting to change the course of history. But who, if anyone, can be trusted? As Luc and Lisette’s emotions threaten to betray them, their love may prove the greatest risk of all.

On the Scent of Perfume
from bestselling author Fiona McIntosh about the story behind her forthcoming novel, The Perfumer’s Secret. It contains tales, notes and photos from her travels to Grasse on the French Riviera to research the novel, and details about the making of her own perfume. It also includes a sneak preview chapter of her new book, The Perfumer’s Secret.

Fields of Gold
At the end of the Great War, two young men find themselves far from home, with everything to gain or everything to lose . . .
Charismatic womaniser Jack Bryant has the world at his feet, but when trouble catches up with him he’s forced to flee Penzance. Honest Ned Sinclair is on a family adventure in Rangoon when he is dealt a bitter blow. With all the odds against him, he risks his life in a desperate bid to escape. Both men hope to start their lives anew, seeking their fortune in India’s fields of gold. Their paths collide in the colourful city of Bangalore, where they form a friendship like no other. In the years that follow, they remain inextricably bound by a dark secret, while their love for the same woman threatens to tear them apart. From the windswept clifftops of the Cornish coast to the goldmines of southern India, this is a page-turning story of high adventure, devastating tragedy and enduring love.