3 Novels by Shaun David Hutchinson
Requirements: ePUB Reader, 11.1MB, 2.4MB | Retail
Overview: Shaun is a major geek and all about nerdy shenanigans. He is the author of We Are the Ants, The Five Stages of Andrew Brawley, The Deathday Letter, fml, and the editor of the anthology Violent Ends. He currently lives in South Florida with his dog and watches way too much Doctor Who.
Genre: Fiction, young adult, LGBT 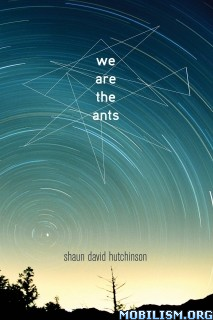 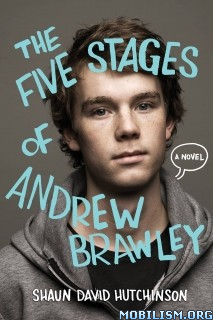 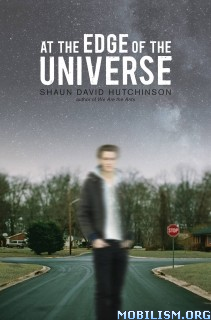 We Are the Ants
From the “author to watch” (Kirkus Reviews) of The Five Stages of Andrew Brawley comes a brand-new novel about a teenage boy who must decide whether or not the world is worth saving.

Henry Denton has spent years being periodically abducted by aliens. Then the aliens give him an ultimatum: The world will end in 144 days, and all Henry has to do to stop it is push a big red button. Only he isn’t sure he wants to. After all, life hasn’t been great for Henry. His mom is a struggling waitress held together by a thin layer of cigarette smoke. His brother is a jobless dropout who just knocked someone up. His grandmother is slowly losing herself to Alzheimer’s. And Henry is still dealing with the grief of his boyfriend’s suicide last year. Wiping the slate clean sounds like a pretty good choice to him.

But Henry is a scientist first, and facing the question thoroughly and logically, he begins to look for pros and cons: in the bully who is his perpetual one-night stand, in the best friend who betrayed him, in the brilliant and mysterious boy who walked into the wrong class. Weighing the pain and the joy that surrounds him, Henry is left with the ultimate choice: push the button and save the planet and everyone on it…or let the world—and his pain—be destroyed forever.

The Five Stages of Andrew Brawley
Andrew Brawley was supposed to die that night. His parents did, and so did his sister, but he survived.

Now he lives in the hospital. He serves food in the cafeteria, he hangs out with the nurses, and he sleeps in a forgotten supply closet. Drew blends in to near invisibility, hiding from his past, his guilt, and those who are trying to find him. Then one night Rusty is wheeled into the ER, burned on half his body by hateful classmates. His agony calls out to Drew like a beacon, pulling them both together through all their pain and grief. In Rusty, Drew sees hope, happiness, and a future for both of them. A future outside the hospital, and away from their pasts.

But Drew knows that life is never that simple. Death roams the hospital, searching for Drew, and now Rusty. Drew lost his family, but he refuses to lose Rusty, too, so he’s determined to make things right. He’s determined to bargain, and to settle his debts once and for all. But Death is not easily placated, and Drew’s life will have to get worse before there is any chance for things to get better.

At the Edge of the Universe
Tommy and Ozzie have been best friends since second grade, and boyfriends since eighth. They spent countless days dreaming of escaping their small town—and then Tommy vanished. More accurately, he ceased to exist, erased from the minds and memories of everyone who knew him. Everyone except Ozzie.

Ozzie doesn’t know how to navigate life without Tommy, and soon suspects that something else is going on: that the universe is shrinking. When Ozzie is paired up with new student Calvin on a physics project, he begins to wonder if Calvin could somehow be involved. But the more time they spend together, the harder it is for him to deny the feelings developing between them, even if he still loves Tommy. But Ozzie knows there isn’t much time left to find Tommy–that once the door closes, it can’t be opened again. And he’s determined to keep it open as long as possible.