2 Novels by Clive Egleton
Requirements: .ePUB, .MOBI/.AZW reader, 1.0MB | Retail
Overview: Clive Egleton was born in Middlesex in 1927 and educated at Haberdashers Aske’s school. He enlisted under age in the Royal Armoured Corps in 1945 to train as a tank driver and was subsequently commissioned into the South Staffordshire Regiment for whom he served in India, Hong Kong, Germany, Egypt, Cyprus, the Persian Gulf and East Africa before retiring in 1975 in the rank of Lt Colonel.

Widely regarded as one of Britain’s leading thriller writers, he brings years of experience in the Intelligence and Counter-Intelligence fields to his books and has more than thirty novels to his credit, most recently the highly successful spy series featuring Peter Ashton. His books have been translated into fifteen languages. His fourth novel, SEVEN DAYS TO A KILLING, was made into a film starring Michael Caine and released under the title The Black Windmill.
Genre: Fiction > Mystery/Thriller 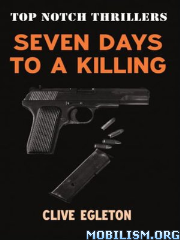 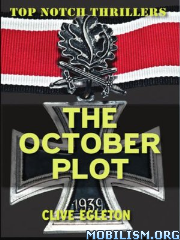 Seven Days to a Killing (aka The Black Windmill)
The Russians had Tarrant’s son. He was thirteen years old and his screams over the telephone were too convincing for anyone not to take the kidnap seriously. In return they wanted £500,000 worth of uncut diamonds – a curious demand in a world where the talents of men were always more important than toys.

The October Plot (aka The Bormann Brief)
A motley commando force of British and Germans is assembled and trained in England then infiltrated into Germany to link up with the anti-Nazi underground.