2 Fu Manchu books by William Patrick Maynard
Requirements: .ePUB reader, 1.3 MB
Overview: William Patrick Maynard was born and raised in Cleveland, Ohio. His passion for writing began in childhood and was fueled by an early love of detective and thriller fiction. He was licensed by Sax Rohmer’s Literary Estate to continue the Fu Manchu thrillers. THE TERROR OF FU MANCHU, published in 2009, was a Pulp Factory Awards nominee for Best Pulp Novel. THE DESTINY OF FU MANCHU was published in 2012 was a Pulp Ark Awards nominee for Best Pulp Novel.
Genre: Fiction > Mystery/Thriller 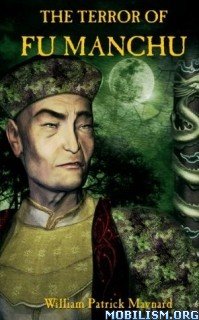 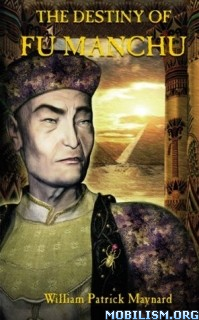 The Terror of Fu Manchu (Fu Manchu #17)
"This gruesome murder can only be the work of Dr. Fu Manchu!"

The death of a seemingly respectable missionary draws Denis Nayland Smith and his devoted companion, Dr. Petrie, back into the web of the diabolical Dr. Fu Manchu. The investigation takes our heroes on a harrowing journey where they cross paths with the Si-Fan, a rival theosophist society and the famous French detective, Gaston Max.

Innocent children dangling above a crocodile pit, living snowmen, and Hell-spawned demons share the stage with mysterious Chinese villains, dastardly French Apaches, powerful sorcerers and refreshingly vulnerable heroes who are still capable of reassessing the values of the British Empire. The clash of Eastern and Western cultures contrasts sharply with the age-old battle between the forces of Good and Evil, as Nayland Smith and Dr. Petrie grapple with the fragile truths that rule their world.

A suspenseful thriller that moves rapidly between London and Paris in December 1913, The Terror of Fu Manchu is William Patrick Maynard’s first novel. This action-packed thriller is the first authorized Fu Manchu adventure in over twenty years and reintroduces Sax Rohmer’s classic characters to a new generation of readers.

The Destiny of Fu Manchu (Fu Manchu #18)
Fearing for my sanity, I slid to the floor and wept as the very real possibility of madness, that terrible affliction that threatened to claim me since childhood, raised the specter of its awful head once more. I had gazed into the face of insanity this day and had learned that it answered to the name of Dr. Fu Manchu.

Michael Knox is the brash and arrogant assistant of renowned archaeologist Dr. Spiridon Simos. A chance encounter with a beautiful Egyptian woman at Dr. Simos’ wedding in Corfu leads the young man on a whirlwind journey to Cairo where he barely survives the terrifying reincarnation of the ancient Pharaoh Khunum-Khufu.

A chain of events quickly unfold that embroils Knox with obsessive British agent, Sir Denis Nayland Smith, and his pursuit of the master criminal, Dr. Fu Manchu. Slowly, the young man begins to piece together the threat posed to the world as Fu Manchu and his seductive, but sadistic daughter Koreani tear the dread secret society, the Si-Fan, apart.

Before Michael Knox can act on the intelligence in his possession, he must first survive death in a myriad of strange guises from a savage gorilla trained to crush a man’s spine to the unrelenting pursuit of Margarita, the disarming dwarf assassin who brings terror to the Orient Express, to one thousand poisonous butterflies unleashed at the Munich Conference as Europe teeters on the brink of a Second World War.

As madness sweeps the globe, one hedonistic young man must examine his own life as he realizes the world’s future hangs in the balance. The action moves swiftly from Greece to Egypt to Africa to Europe in a breathtaking battle of ideologies as Sax Rohmer’s infamous creation seeks to realize THE DESTINY OF FU MANCHU…