2 books by Piers Anthony
Requirements: ePUB / MOBI Reader, 2.3 mb
Overview: Piers Anthony is one of the world’s most popular fantasy authors, and a New York Times bestseller twenty-one times over. His Xanth novels have been read and loved by millions of readers around the world, and he daily receives hundreds of letters from his devoted fans.In addition to the Xanth series, Anthony is the author of many other best-selling works. Piers Anthony lives in Inverness, Florida.
Genre: Sci-Fi/Fantasy 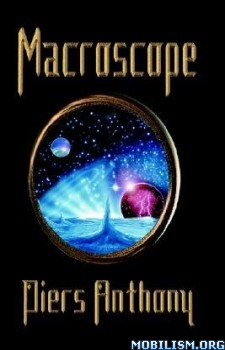 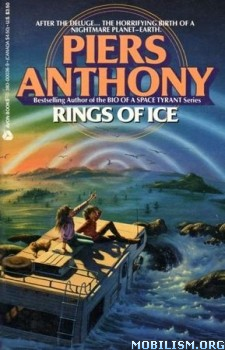 Macroscope: Macroscope Throughout history, man has been searching for better ways to gather information about his universe. But although they may have longed for it, not even the most brilliant minds could conceive of a device as infinitely powerful or as immeasurably precise as the macroscope, until the twenty-first century. By analyzing information carried on macrons, this unbelievable tool brought the whole universe of wonders to man’s doorstep. The macroscope was seen by many as the salvation of the human race. But in the hands of the wrong man, the macroscope could be immensely destructive-infinitely more dangerous than the nuclear bomb. By searching to know too much, man could destroy the very essence of his mind. This is the powerful story of man’s struggle with technology, and also the story of his human struggle with himself. This novel takes us across the breathtaking ranges of space as well as through the most touching places in the human heart. It is a story of coming of age, of sacrifice, and of love. It is the story of man’s desperate search for a compromise between his mind and his heart, between knowledge and humanity.

Rings of Ice: Gus and Thatch were desperately trying to drive the big mobile home up into the mountains, high above the floods rapidly drowning out the rest of the world. They even had some crazy notion about saving civilization from the waters – which was why they took along uptight Zena – who knew far more than she was telling about why that vast canopy of ice had suddenly surrounded Earth – and voluptuous Gloria – who turned out sometimes to be a man and sometimes a woman as well. And then they picked up Karen, and Floy, and Dust Devil, and Foundling – two latterday Noahs in a motorized ark. The trouble was, their little community wasn’t the only one frantically trying to find dry land, food and fuel. And seeing robbery, looting, murder and cannibalism were now looked on as legitimate means of survival, the struggle for life was apt to become a little vicious at times.